Is lack of belonging the #1 reason of female intellectual migration?

« Nobody realizes that some people expend tremendous energy merely to be normal. » – Albert Camus.

When I seriously considered leaving Tunisia, I was deeply convinced that I would never be respected enough, understood enough, and intellectually stimulated or desired.

By ‘enough’ I mean as much as for men there. And of course, I was physically stupidly desired and envied (damn it!). I could simply never be truly loved for the whole woman I am. And mostly not for the intellectual part of me.

That feeling started within my family. And I couldn’t put it into words at that time.

It was just a devastating pain, manifested by deep loneliness and repetitive conflicts… especially with my mother, and with my elder brother.

From the outside, I appeared to be normal and even privileged with smartness, school success, and a highly-educated family. But from the inside, I was dealing with a serious and painful lack of belonging and couldn’t feel home wherever I go…

« Home is any four walls that enclose the right person. » – Helen Rowland

I had to leave to save my soul and no longer feel odd to my family. And I used Education as the official reason of migrating to France, while it was the lack of belonging to my own family and country of birth that pushed me to leave.

Today, I use curiosity and courage to explore the expanded lack of belonging among intellectual migrants. Not toward their host country – as many studies chose to focus on – but toward their country of origin – as most studies just overlooked it.

I have been reminded of this subject while discovering the admirable initiative and work of the idebate association in the UK. I suggested the topic and submitted my article in the form of a debate few weeks ago, and it was reviewed and published here.

Through my researches, I was amazed to find out that the lack of belonging issue could be shaping the new trends of intellectual migration, which is highly gendered today.

Here are some of my main findings:

Check out my article with references here.

Do these findings resonate with you? Let me know your thoughts in a comment below!

Thank you for your support! 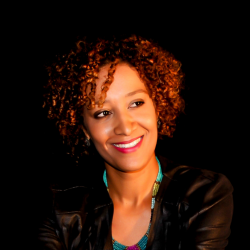 6 thoughts on “Is lack of belonging the #1 reason of female intellectual migration?”

Enter your name & email here AND Get my free newsletter with tips & gifts on career and life (re)design!

Hello! Nadia here. :)
I created this blog to help intellectual migrants succeed in changing country or career, as entrepreneurs do. ;)
Tips, tricks, mindset, and experience sharing are at the heart of this blog. Do not hesitate to post your questions and suggestions.
To your success!